After two relaxing days in Magnetic Island I couldn’t wait to get on to Airlie Beach and start my next adventure, The Whitsundays. I’d heard it was one of the best trips in Australia so I already had high hopes… they weren’t wrong! This trip is right up there with Melbourne. Incredible!

The adventure began at the briefing where we were told we were only allowed to take one small bag onto the boat… It didn’t matter how much they said ‘you really don’t need much at all’, packing light is not my forte (as anyone who has seen my backpack will know).

So apart from worrying about what to pack, I was also worried that out of everyone I’d asked no one had heard of the boat I was going on. Wasn’t overly reassuring.

But as normal I shouldn’t have worried. Our catamaran Powerplay was one of the smaller boats and only housed seventeen guests and four crew. A big difference to the 60 guest party boats I’d heard about. Phew!

The first day was spent at the northern tip of the Whitsundays and I jumped at the chance for another scuba dive. Who would have thought it?! This time two months ago there was no way of getting me near the sea, let alone scuba diving!

The water definitely wasn’t as clear as up in Cairns but the fish were much much friendlier. You were swimming through a vortex of fish pretty much all the time. 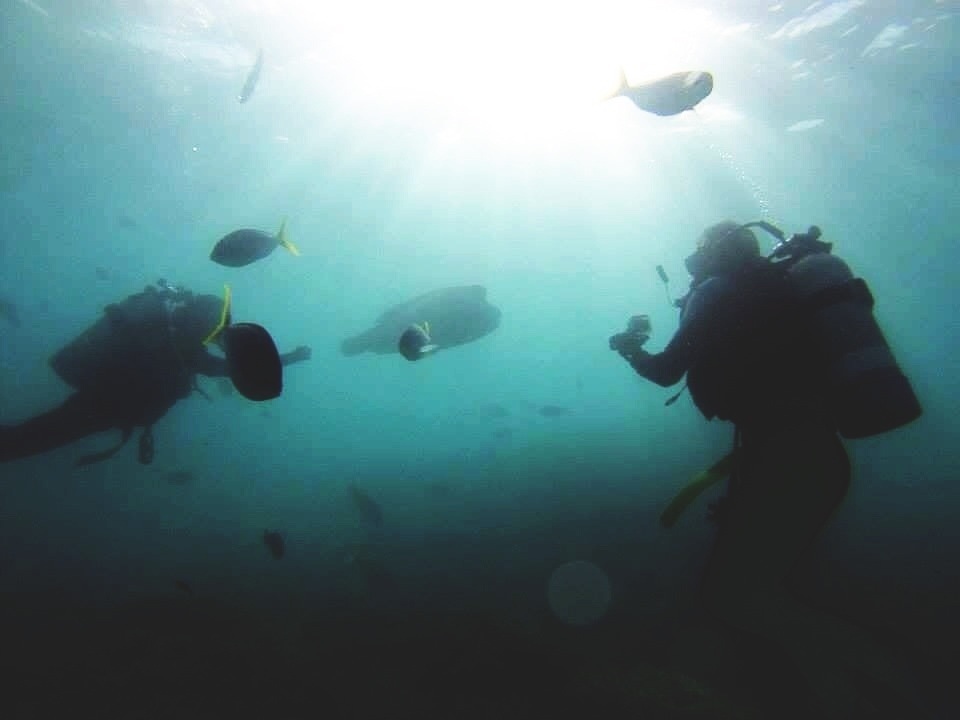 I was also lucky enough to see my second Maori Wrasse. Introducing Priscilla.

You’d think after the sun went down the wouldn’t be much to do on a boat anchored off a small island. Wrong. After taking a 60 second shower (more on this later) and eating a delicious feast it was time to spend some time with Mother Nature. Thanks to being in the middle of no where, the stars were the brightest I have ever seen. The sky was littered with what seemed like thousands of diamonds. It was like being in another world.

Both days we were woken up at a jolly 5am by the boat’s engines. Rob, Captain Crazy as he was later named, was an early bird. Normally I would complain about being woken up so early, but not this time. Waking up to views like this is indescribable.

Rob took us to the most beautiful diving spots including the famous Mantaray Bay. He even let me drive for a while, like I said Captain Crazy. 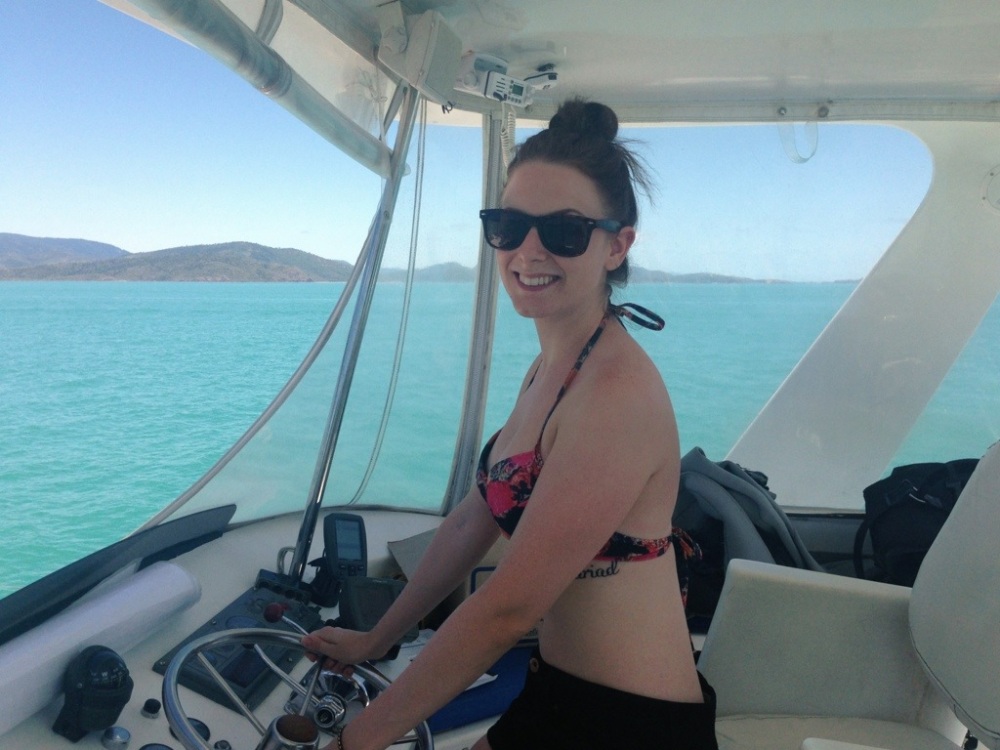 Unfortunately the scuba diving was quite expensive so I only managed one out of four dives during the trip, but with the fish being so friendly snorkelling was just as good.

The prize for the best moment of the trip goes to Whitehaven Beach. Unsurprisingly as it is one of the top three beaches in the world and the sand consists of 98% silica which makes it bright white. Walking along the beach was like walking on flour. It’s said the sand is so fine you can polish jewellery, exfoliate your skin and even brush your teeth. I didn’t try the last one mind. 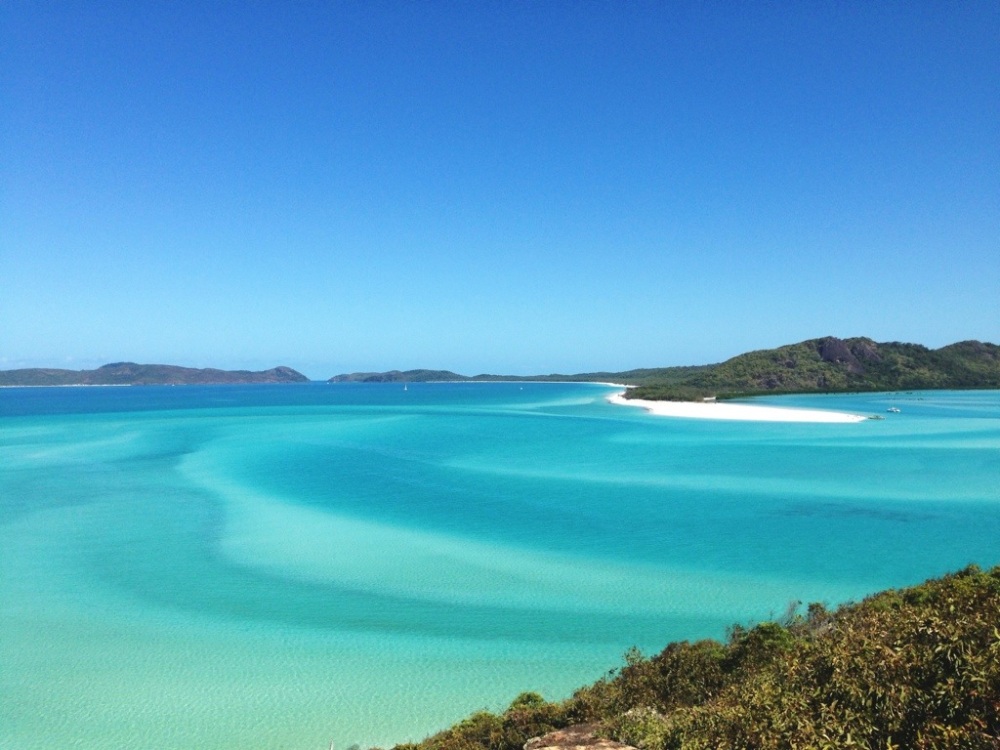 It was an amazing day with an amazing group of people. The word fun doesn’t even come close.

Not only was the Whitsundays trip outstandingly beautiful, I also learnt a valuable skill – how to take a 60 second shower!

Please note: The word ‘shower’ refers to a shower head that pulls out from the toilet basin. There is no shower cubicle. The small toilet room doubled up into a wet room. If you really wanted you could multitask and have your ‘shower’ whilst sat on the toilet. I wouldn’t recommend it though, sounds unsanitary.

Now normally I average about ten minutes (although I’m sure my parents would disagree). So the 60 second shower took a lot of strategic planning:

So it is doable. However I shall not be adopting this showering method when I go home.