The past four days spent on the third largest sand island in the world is a beautiful blur of white sand, lulling waves and glorious sunsets. Moreton Island is the closest thing to paradise I can imagine.

Unless you have your own boat, which I don’t, the only way to get to the island is to take a barge from Brisbane port. Not exactly mind blowing… until you see the way they pack everything on. As there are no roads on the island the only way to get anywhere is by 4×4. Now imagine getting around 20 4x4s, with trailers, on to a barge. If you ever played the game Rush Hour, you’ll get the idea.

The journey across takes an hour and a half, plenty of time to grab a pie and sit up on the deck to do some whale watching. Cue whale…

So as I said, there are no roads on Moreton Island, such a surreal experience driving along a beach instead of a road. Pretty bumpy as well! 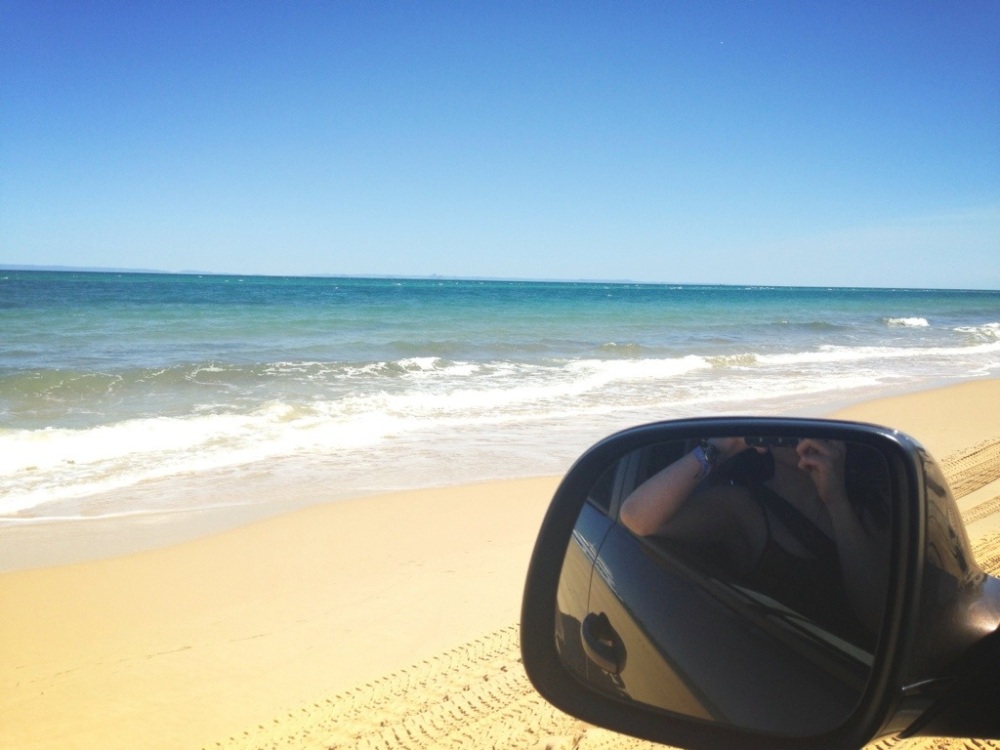 The house we stayed in was incredible! Nothing better than sitting on the veranda with a beer in your hand watching the sun go down. The three evenings on the island were the most beautiful I have ever seen. I truly don’t think I could ever get bored of watching the sun creep below the horizon.

People who have known me for a while will know I’m incredibly scared of the sea. Apart from a very quick dip in Tenerife (supposedly the best cure for seasickness) I haven’t been in the sea for about 10 years, but after a ‘short hike’ to a beautiful secret beach, I thought there couldn’t be a more beautiful place to face up to my fear and jump on in.

To be honest, the words ‘jump on in’ are slightly extreme. I stood in the sea for a good ten minutes until I finally plucked up the courage to dive into a wave. Slowly but surely and all that. 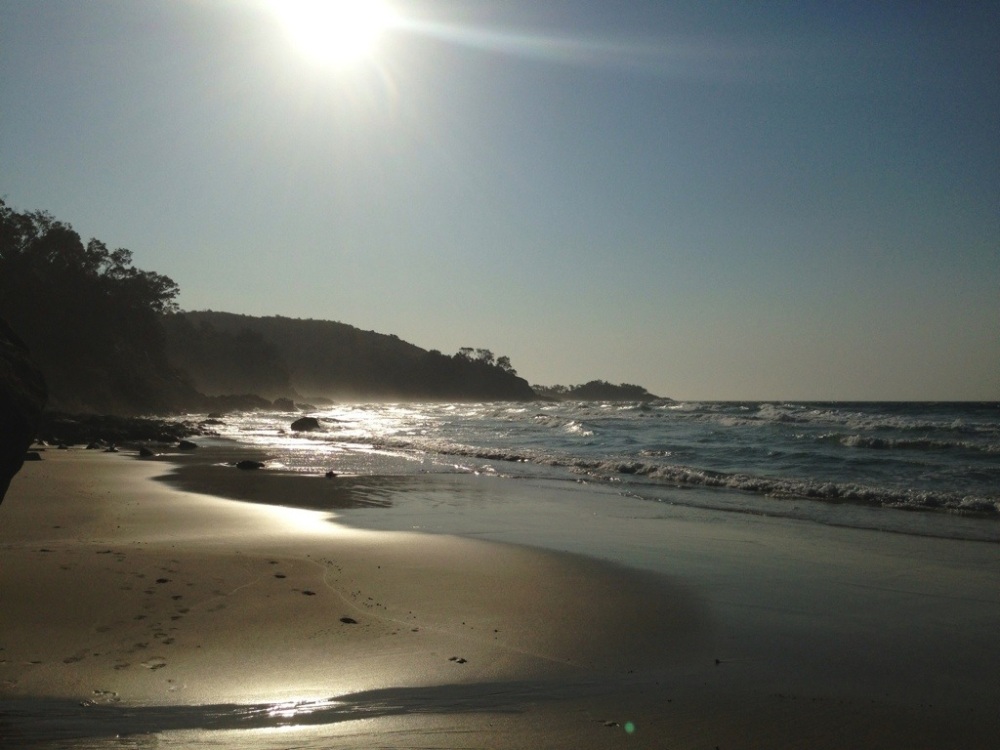 Feeling proud that I’d overcome my fear by not only swimming in the sea, but swimming in a sea that is home to a multitude of biting and stinging animals, I was well away. Kind of.

The Blue Lagoon is one of the largest freshwater lakes on the island and was formed by thousands of years worth of rain water. It wasn’t exactly the crystal clear blue water that I had been expecting, I guess Brown Lagoon doesn’t have the same appeal. However tucked right in the middle of the bush, it was the perfect spot for a swim.

Some locals say that swimming in the lake can set back the ageing process, I can only guess that I didn’t spend long enough in there. 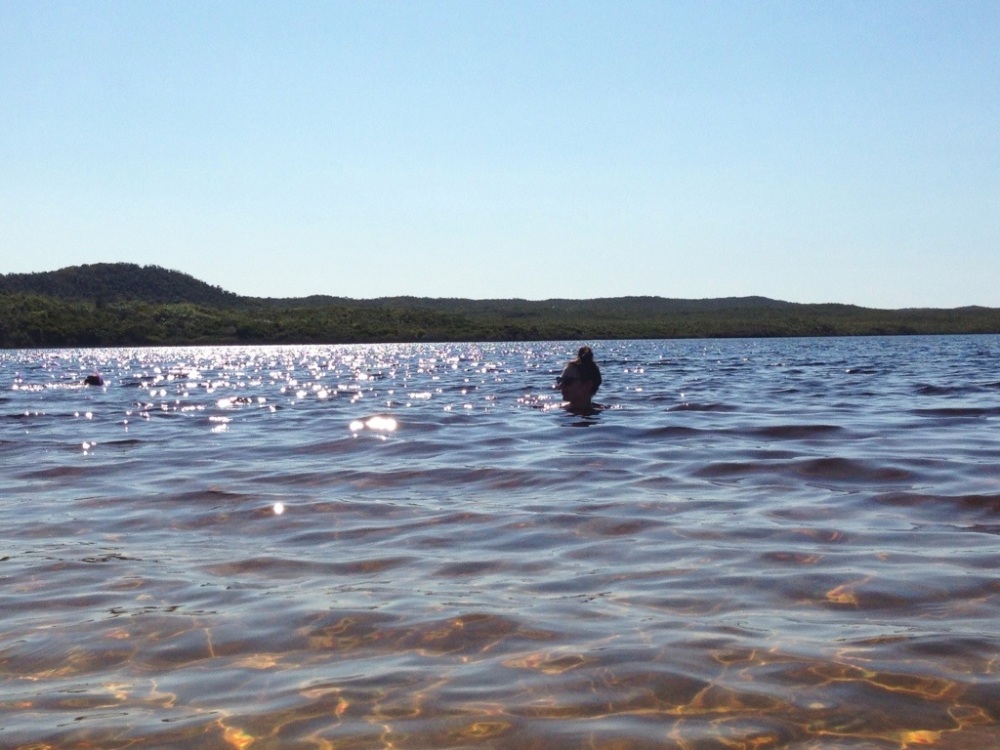 But the most amazing sight of the trip, the Tangalooma Wrecks. Fifteen ships deliberately sunk to form a reef creating an amazing wreck dive site. Unfortunately the day we headed down, the world and his wife did too and with most of them being on boats, it got pretty crowded.

Although there was no snorkelling, the shipwrecks looked just as beautiful from the beach. 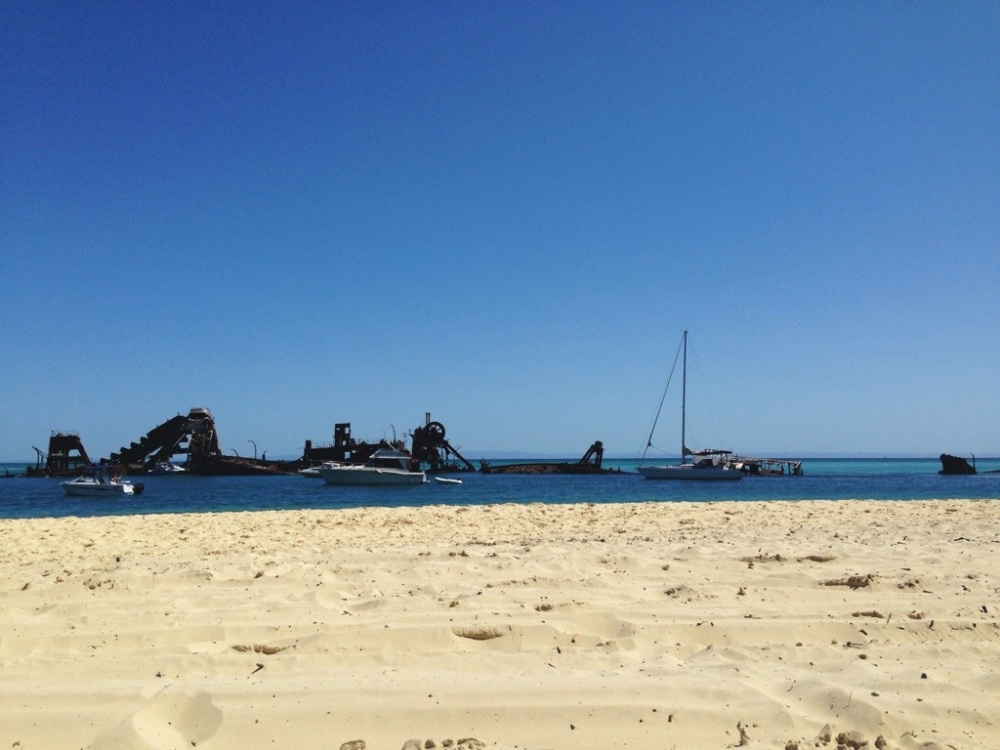 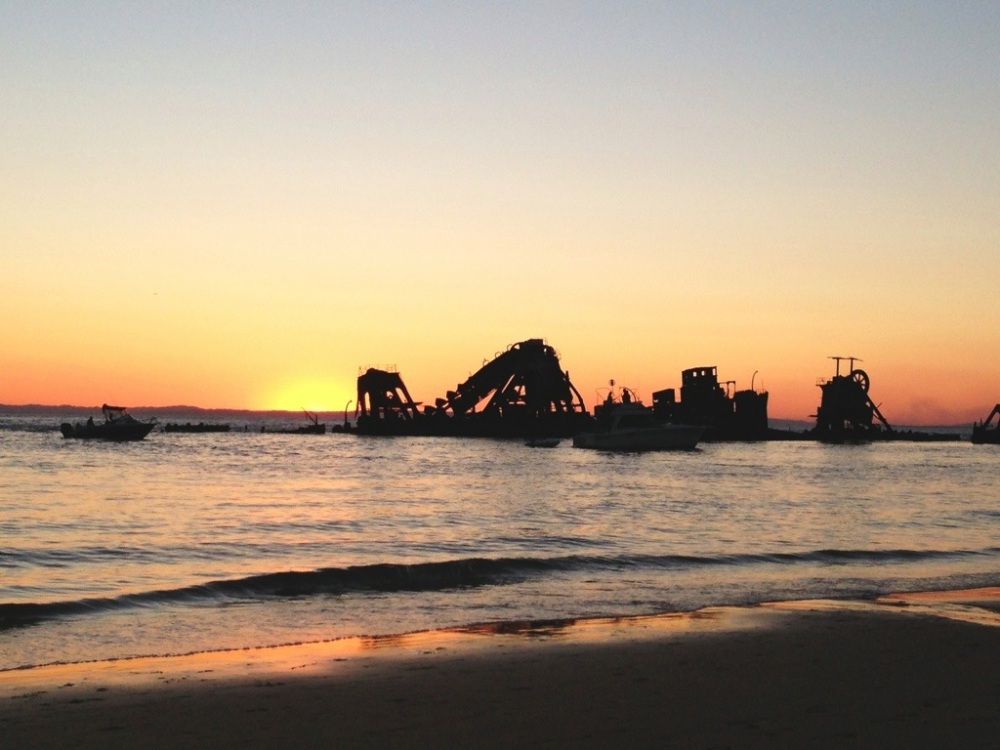